We know it happens to men too. We know that sometimes reading articles in the media it can
seem that the world may predominantly focus on women being victims of sexual assault or abuse.
Sexual abuse can be a taboo topic which is scary to talk about but it needs to be spoken about and
we are having that conversation.

Sexual violence against men is reported less but its important that we acknowledge their experiences too. We understand that it is not easy to tell someone if
you have been affected by sexual violence but it is important to note that we are to support you
regardless if you decide to report to the police or not.

To the men out there suffering, You are not alone, we are here to help you by giving you
the support and advice. We think it is really important to help put a stop to myths any
misconceptions about men being affected by Sexual violence. It is important to openly talk about
how men are affected and to challenge those taboos and myths that it doesn’t happen as much to
men. Offering someone a friendly face, time to listen and the opportunity to be given all of your
options, including whether or not you are ready to report to the police at the moment is
everything that can be offered at Juniper Lodge Sexual Assault Referral Centre.

There is some power in reaching out for support following a sexual assault, there is some
control taken back in deciding what happens next. We can appreciate that for a male in any
community if can be difficult to speak about what has happened but that is where there are
trained professionals who are not here to be judgemental, more so to offer you the respect and
support to explain all the options available.

Sometimes the affect on our emotional wellbeing can stop us from getting help, whether
you are a man or a woman. It is important to remember sexual assault or abuse is never a victim’s
fault. Sometimes men can experience self-blame or feelings of guilt and this can prevent men and
woman getting help especially if they feel embarrassed about talking about what has happened.
There is no certain way for a survivor of sexual assault to feel but any feelings of anger, anxiety,
depression and suicidal feelings are quite normal feelings following a traumatic experience such as
a sexual assault. From research and experience of working with men who have been affected by
Sexual assault, men are more likely to minimise what they have been through and are more likely
sometimes to use alcohol or drugs to try and cope. Mental health problems can affect anyone,
regardless of your sex.

Often for a male the physiological reactions in a sexual assault can be really difficult for a
male survivor to understand and distinguish that a sexual assault has occurred. Sometimes, these
reactions are caused by extreme feelings of trauma or pain. It is normal to have an erection or to
ejaculate through a sexual assault, which is your bodies reaction and it is important to understand
that it is not a choice. This again did not mean a male consented for this and it definitely isn’t a
male survivors fault. Sexual assault or abuse is a crime perpetrated by someone who has abused
your choice to consent to any sexual act and the withdrawal of your control and use of power over
someone.

In society it is harder for men to speak out about sexual abuse that has been suffered due
to the stigma around men being strong. I think the real strength is in anyone male or female,
asking for support because every individual is going to have their own barriers and fears of what
happens next. That is where Juniper lodge can talk to men and women about the options available
to them. It is acknowledged that when a male survivor of a sexual assault can begin to question
their sexuality or fear that someone else will question theirs. It is important to challenge these
perceptions as they should not be a barrier to accessing support, as a victim is a victim. Support
services can help to reassure you that the reaction to sexual assault such as freezing during a
sexual assault is normal due to the fear, trauma and bodily response to the sexual assault. When a
person freezes during a traumatic experience, it is not something anyone can control as it is your
body and mind responding the dangerous situation a person is faced with.

Our societal views and beliefs don’t always reflect our reality, sometimes men can be left
with feelings of confusion regardless of a males sexual orientation. According to what we think
society may think it is normal for a victim of a sexual assault to try and rationalise what has
happened because it is normal not to want to think of the worse case scenario that someone had
the ability to exert power and control over you. It is important to that we recognise the barriers
and difficulties that exist for men when deciding whether to get help or report what has happened
to them. Regardless of a persons gender or sexual orientation; all survivors deserve respect, the
appropriate support with the choices available to survivors and to be given the opportunity to be
listened to and believed. 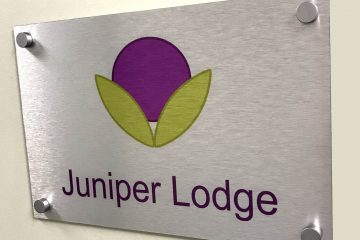 There is lots of support out there but it is know what is out there for anyone who has been sexually assaulted. It can be a traumatic time for this someone who is dealing with Read more…

Victims of sexual assault may present in lots of different ways, no one victim is expected to present in the same way. We all deal with trauma differently however there can be common behaviours and Read more…